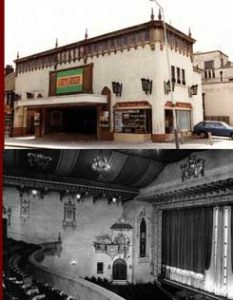 29 of us managed to turn up to our virtual AGM on 9 July. We had an update on the highs and lows of the Society’s work over the last year, a plea for new blood, and used Zoom’s voting system to approve the membership of the Executive and changes to our constitution, all orchestrated by our Acting Chairman, Ann Chapman and Secretary, Jo Winters. The highlights of the year included plaques for the mathematician Ada Lovelace and session musician Nicky Hopkins. The lows included the continued destruction of many attractive residential buildings and their gradual replacement by high rise blocks. Sadly many more blocks are planned, although we and other local groups (including the new Red Block Rebels) have had some success in reducing their height. There were updates on Filmworks, the Town Hall, Perceval House, 10-40 The Broadway, Ealing Broadway station and other projects. Ann passed on our grateful thanks to Paul Fitzmaurice, our local history expert, who is sadly leaving the Committee after over 20 years. Our Treasurer, Josette Bishop, presented the annual accounts which were then approved. Finally, Robert Gurd, our former Chairman, gave a short and beautifully illustrated talk about the many listed buildings in the Borough. There are 6 Grade I listed buildings including Pitzhanger Manor, the Wharncliffe Viaduct and 3 historic churches. There are 14 Grade II* buildings, but the majority are Grade II. The oldest of these is the Iron Age settlement on Horsenden Hill, and the newest the IBM distribution centre in Greenford, designed by Richard Rogers. One of the oddest, according to Bob, is the signal box on Bollo Lane which we usually have plenty of time to inspect as we wait at the level crossing. Most of Ealing’s listed buildings are in Bedford Park which was fortunately saved from wholesale destruction in the 1960s when the Borough of Acton wanted to replace them with municipal flats. There were several questions at the end of his talk and Bob admitted when pressed that his favourite buildings were built in the 1930s and that he is particularly fond of the former Avenue, subsequently the Odeon cinema, in Northfields which is now owned and beautifully preserved by the Pentecostal Church (see picture).