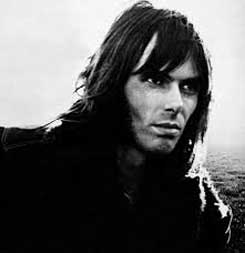 The Society’s first commemorative plaque in Perivale will be unveiled on Saturday 19 October. The plaque is in memory of Nicky Hopkins, a keyboard player and legendary session musician who worked with the Beatles, the Who, the Rolling Stones, Jefferson Airplane and many others. Nicky was born and lived in Perivale between 1944 and 1947. He died in Nashville in 1994, aged 50. The plaque will be unveiled by his wife, Moira Hopkins, at 38 Jordan Road UB6 7BX following a short address at 3PM. Funds for the manufacture and erection of the plaque have been provided by Perivale Ward Forum. The plaque complements the memorial piano bench which was unveiled in nearby Perivale Park in 2018. This is from an article written at the time of the bench unveiling: Born Nicholas Christian Hopkins in Perivale, Middlesex on 24 February 24, 1944, Hopkins received a scholarship to the prestigious Royal Academy of Music in London. Though classically trained at the Academy, it was his discovery of rock and roll, and Chuck Berry in particular, that led him to develop his own sense and style of boogie technique. He recorded and performed on some of the most significant British and American popular music recordings from the 1960s to the 1990s, and is widely regarded as one of the most important session musicians in rock history.