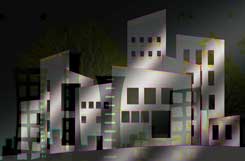 The Society is pleased that the Opposition parties have called in the proposal to abolish the Conservation Officer post for debate at a meeting on Thursday 2 August. Save Ealing’s Centre, to which the Society is affiliated has recently issued the following statement: SEC views with great concern Ealing Council’s decision to abolish the Conservation Officer post which was taken at the Cabinet Meeting on 10 July.  Such a move would leave Ealing as one of the few London boroughs without such specialist expertise which has in the past helped to improve the quality of developments in the Borough and to reject some unfortunate applications that were out of sympathy with Ealing’s architectural heritage.  We believe that the Council should cherish its heritage, and not regard it as a hindrance which stands in the way of building new homes.  Instead, any regeneration should be heritage-led, building on the best of what is there already rather than sweeping away well-designed existing buildings or structures which could be refurbished or re-purposed for modern uses.

In response to criticism of the decision, Julian Bell, leader of the Council, has repeated the mantra that planning staff already have heritage and design training and are skilled to assess applications in conservation areas and in relation to heritage matters.  What this ignores is that staff turnover can be high and planning officers lack the in-depth knowledge of historic urban development, conservation areas and heritage buildings in the Borough which conservation officers have built up over many years.  Buying in external expertise is not a sufficient substitute for local in-house expertise and knowledge of a conservation area or heritage building.  The leader of the Council also seems to have ignored the advice from Historic England which expressed serious disappointment with the proposed abolition of the Conservation Officer post.  They said that when dealing with heritage issues, it is vital to have relevant expertise to hand, particularly given the wealth of heritage assets within the London Borough of Ealing totalling 29 conservation areas and 460 listed buildings.  Conservation Officers are qualified heritage professionals who have developed expertise in their area of work.  To say that applications relating to heritage issues can now be delegated to generic planning officers devalues the role of the Conservation Officer and the importance of heritage within the borough.  Historic England also pointed out that their role is different from that of the Conservation Officer because they are not consulted about many planning applications affecting Grade II listed buildings or on many developments affecting conservation areas or the setting of heritage assets.  Finally, Historic England say that it is not their role or that of the GLA (who do not have any specific heritage expertise in-house) to ‘cover’ for local authorities who, despite national heritage advice and guidance, do not have the relevant specialist heritage expertise.

Save Britain’s Heritage has also strongly criticised the proposal, pointing out that Ealing is exposed to unprecedented development pressure triggered by the need for new housing and the arrival of Crossrail which, taken together, will put historic buildings and spaces at risk.  Conservation areas and nationally and locally listed buildings should be protected as heritage assets – not only for their social and community value, but for their economic importance through tourism, jobs and economic growth and their contribution to local identify and character.  The decision to abolish the Conservation Officer post sends out the message that Ealing Council does not value its historic buildings so Save Britain’s Heritage has urged the Council to reconsider its decision.  We agree and appeal to you to write to your local Councillors and MPs along similar lines as a matter of urgency.